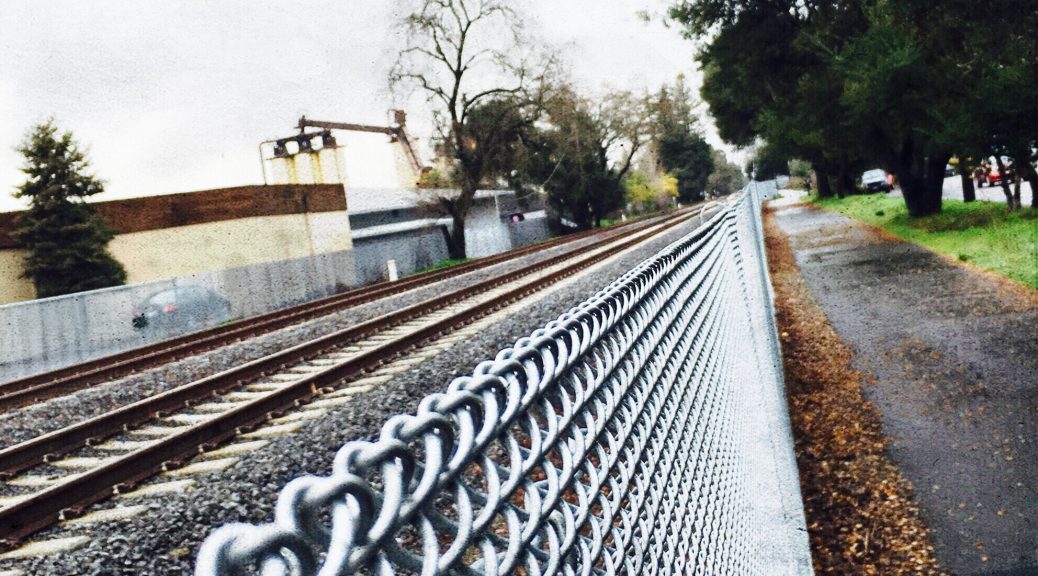 I pass by the old dude while riding my bicycle on the path that parallels the railroad tracks in the west end of Santa Rosa. His body is stretched out and facedown, a gnarled hand is resting over a soft guitar case, and his backpack is open and his head is on the path.

“Hey, man—are you alright. Do you need help? Are you alive?” No answer.

I get off my bike and touch his hand. It’s stone cold.

Gently placing my hand on his back, I nudge his stiff body, which rocks like a mannequin stuck in the mud. He doesn’t seem to be breathing. Damn—another dead man.

I call 911—it’s not the first time I’ve made this call. There was that dead man in Eugene, Oregon in the mid eighties and another guy in New York City almost a decade later.

“I found a guy on the bike path,” I say to the dispatcher. “I think he’s dead.” Suddenly, his shoulder circles slowly.

“Does he need medical attention?” The woman asks.

The guy raises his head like a bear waking suddenly from hibernation and glares at me with feral alertness.

“What are you doing here,” the man growls.

“I’m trying to get away from people,” he says rising. “People like you!”

The operator asks me what’s happening and I tell her the guy is coming after me—but not to worry as I’m on my bike and riding away.

“Try to do something nice and that’s what you get,” she says. “You should buy a lottery ticket.”

I laugh and say, “I would if I lived in a world where I could exchange good karma points for cold hard cash.”