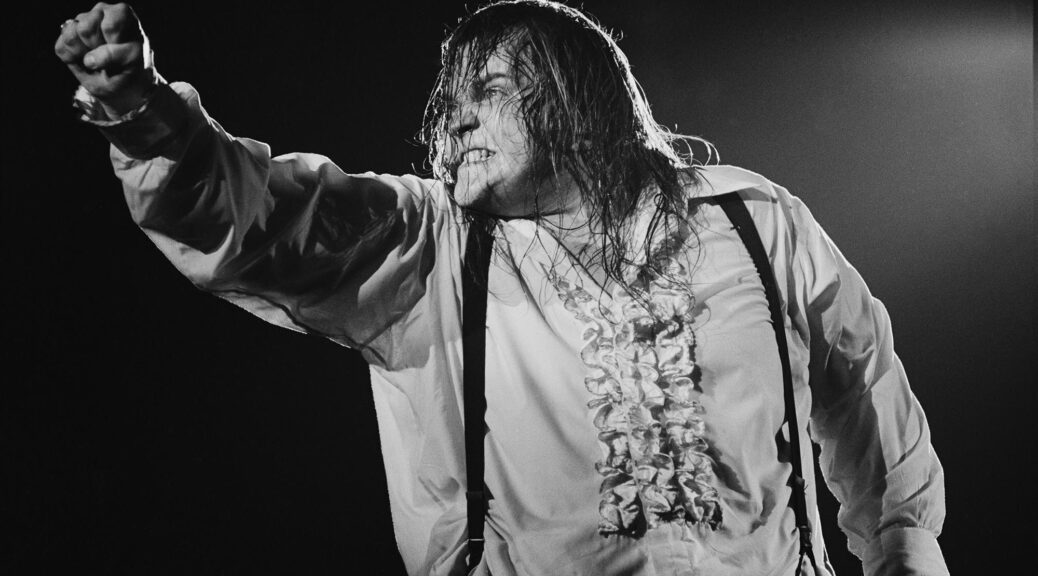 Meat Loaf died today. Or maybe yesterday, I don’t know. For some he was an acquired taste. But, there is no denying the raw power of his passion when he performed.

In the guise of Eddie—a 1950s era biker and greaser channeling Elvis and John Belushi—Mr Loaf burst out of a deep freeze, frenetically riding a motorcycle and chewing the scenery in The Rocky Horror Picture Show; an audacious cult movie from 1975 still playing in cinemas today.

He was loud and brash but he could also be surprisingly tender. And, hot patootie bless my soul, that loaf of meat could Rock n’ Roll!

Known mostly for his rock ballads and duets, and for his rock masterpiece, Bat Out Of Hell, Mr Loaf’s loftiest moment arrived in 1999 with his vulnerable performance in Fight Club; which normalized man boobs, male tears, and men hugging other men. His name is Robert Paulson.

In 2020, the self-proclaimed sex god came out as a climate change denier and, worse, a critic of environmental activist Greta Thunberg. Meat Loaf turned rancid for some fans after the duo performed their disastrous rock ballad duet, You’re Brainwashed, Climate Change Isn’t Real / No, I’m Not, Yes, It Is.

But that expression of opposing worldviews shouldn’t prevent us from recognizing his humanity. We don’t all share the same palate. Now is the time to put aside the main course and focus on the mashed potatoes and other side dishes. And come together to eulogize and celebrate the positive aspects of his stage and screen personae.

Meat Loaf. At the end of the meal, all we can say is that he was a man like any other man in some ways and unlike other men in other ways.

I hope there’s a piece of you still out there. Somewhere. Back in deep freeze.

A piece that may come back again as leftovers.

May flights of bats sing thee to thy roast.

We await the second helping.